Friday night, time to watch a Kenneth Clark documentary–and wondering what Adi Da said about the series in The Basket of Tolerance, I went to the database-essay page I set up and: nothing! Oh oh, what did my recent Ubuntu upgrade mess up….?

Ok, after about 1/2 an hour, I figure out I’m just connecting and talking to mysql in a deprecated way. I learn the new syntax, and I get the essay I’ve been looking for: “Western Man’s Turn From God: A Commentary On The Book and Video Series Civilisation, By Kenneth Clark”. Now I can go to bed, that basic database connectivity is working again. 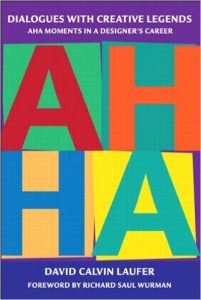 I’m reading excerpts from AH HA, Dialogues with Creative Legends: Aha Moments In a Designer’s Career for inspiration these days. Delightful. Surprising as well, as the Foreword is by the guy that created the TED talks. The story of the book is that the author, David Calvin Laufer, got a degree in Design, and is hitting the NYC streets looking for  design work as he’s also working on the book, which centers on him interviewing professional designers. 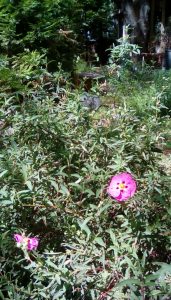 I have a designer friend who says all images should have shadows, so I thought I’d give the round one a shadow. Well, doing so had a few more bumps in the road than I’d expected. So now I’m thinking about what kind of tool I can use to do so for all images automagically…

An Excerpt From Autobiography of a Yogi By Swami Paramahansa Yogananda, Chapter 47: I Return to the West (pages 966-973)

…. The year-end holidays are celebrated annually at the Los Angeles center with an eight-hour group meditation on December 24th (Spiritual Christmas), followed the next day by a banquet (Social Christmas). The festivities this year were augmented by the presence of dear friends and students from distant cities who had arrived to welcome home the three world travelers.

…. “Mr. Dickinson!” The next parcel contained a gift which I had bought in a Calcutta bazaar. “Mr. Dickinson will like this,” I had thought at the time. A dearly beloved disciple, Mr. Dickinson had been present at every Christmas festivity since the 1925 founding of Mt. Washington. At this eleventh annual celebration, he was standing before me, untying the ribbons of his square little package.

“The silver cup!” Struggling with emotion, he stared at the present, a tall drinking cup. He seated himself some distance away, apparently in a daze. I smiled at him affectionately before resuming my role as Santa Claus.

The ejaculatory evening closed with a prayer to the Giver of all gifts; then a group singing of Christmas carols.

Mr. Dickinson and I were chatting together sometime later.

“Sir,” he said, “please let me thank you now for the silver cup. I could not find any words on Christmas night.”

“I brought the gift especially for you.”

“For thirty-three years I have been waiting for that silver cup! It is a long story, one I have kept hidden within me.” Mr. Dickinson looked at me shyly. “The beginning was dramatic: I was drowning. My older brother had playfully pushed me into a fifteen-foot pool in a small town in Nebraska. I was only five years old then. As I was about to sink for the second time under the water, a dazzling multicolored light appeared, filling all space. In the midst was the figure of a man with tranquil eyes and a reassuring smile.

My body was sinking for the third time when one of my brother’s companions bent a tall slender willow tree in such a low dip that I could grasp it with my desperate fingers. The boys lifted me to the bank and successfully gave me first-aid treatment.

“Twelve years later, a youth of seventeen, I visited Chicago with my mother. It was 1893; the great World Parliament of Religions was in session. Mother and I were walking down a main street, when again I saw the mighty flash of light. A few paces away, strolling leisurely along, was the same man I had seen years before in vision. He approached a large auditorium and vanished within the door.

“‘Mother,’ I cried, ‘that was the man who appeared at the time I was drowning!’

“She and I hastened into the building; the man was seated on a lecture platform. We soon learned that he was Swami Vivekananda of India. *337 After he had given a soul-stirring talk, I went forward to meet him. He smiled on me graciously, as though we were old friends. I was so young that I did not know how to give expression to my feelings, but in my heart I was hoping that he would offer to be my teacher. He read my thought.

“‘No, my son, I am not your guru.’ Vivekananda gazed with his beautiful, piercing eyes deep into my own. ‘Your teacher will come later. He will give you a silver cup.’ After a little pause, he added, smiling, ‘He will pour out to you more blessings than you are now able to hold.’

“I left Chicago in a few days,” Mr. Dickinson went on, “and never saw the great Vivekananda again. But every word he had uttered was indelibly written on my inmost consciousness. Years passed; no teacher appeared. One night in 1925 I prayed deeply that the Lord would send me my guru.

A few hours later, I was awakened from sleep by soft strains of melody. A band of celestial beings, carrying flutes and other instruments, came before my view. After filling the air with glorious music, the angels slowly vanished.

“The next evening I attended, for the first time, one of your lectures here in Los Angeles, and knew then that my prayer had been granted.” We smiled at each other in silence.

“For eleven years now I have been your Kriya Yoga disciple,” Mr. Dickinson continued. “Sometimes I wondered about the silver cup; I had almost persuaded myself that Vivekananda’s words were only metaphorical. But on Christmas night, as you handed me the square box by the tree, I saw, for the third time in my life, the same dazzling flash of light. In another minute I was gazing on my guru’s gift which Vivekananda had foreseen for me thirty-three years earlier—a silver cup!”

*337. Swami Vivekananda was the chief disciple of the Christlike master Sri Ramakrishna.

Cedars in the spring show new growth in a really light yellow/green color compared to older dark green leaves. My “fall” roommate happened to be walking by.

Ever Eat a Pine Tree? Many parts are edible. — Euell Gibbons*1

I was recently reading an ebook by Sergei Boutenko, Wild Edibles, A Practical Guide to Foraging. (Sergei suggests putting pine tips into hot water for Doug Fir tea.) I’m thinking of snagging some tips of new pine growth and putting them into a green smoothie. I also see miner’s lettuce on the way to work, while I’m stuck in construction crew roadside blocks, as they’re still removing dead trees from the Valley Fire in Lake County last September.

And I’m still listening to instrumental Christmas music on Pandora while working.

*1: “Pine Needle Tea, made by pouring 1 pint of boiling water over 1 ounce of fresh white pine needles chopped fine, is about the most palatable pine product I have tasted. With a squeeze of lemon and a little sugar it is almost enjoyable.” 🙂

A lighter, some rice,

the Buddha lifts a flower–

According to a classic text attributed to Japanese Soto Zen Master Keizan Jokin (1268-1325), The Transmission of the Light (Denkoroku), one day the Buddha silently raised a lotus blossom and blinked his eyes. At this, Mahakasyapa smiled. The Buddha said, “I have the treasury of the eye of truth, the ineffable mind of Nirvana. These I entrust to Kasyapa.”

–from The Disciple Kasyapa

Two Leelas of the Transmission of Enlightenment from Divine Distraction, pages 144-45, by James Steinberg

In the early spring of 1974, when I had been associated with the Way of the Heart for less than a year, I was Blessed to sit with Him, along with seven or eight of His other devotees, in Temple Eleutherios at The Mountain Of Attention Sanctuary. It was a period in which His devotees regularly asked questions of Da Avabhasa, and He, seated on His Chair, a small dais at the front of the room, was Graciously responding. I was seated on the floor perhaps ten feet from Him. I was curious about a famous traditional story of the Buddha’s Transmission, and so I asked: ‘Is it possible that the Buddha could have Enlightened Kashyapa only by holding up a flower?’

It was a simple moment, probably not even noticed by most of the other devotees in room, during this rather wild period in the history of our Communion. Heart-Master Da Gave me a big smile, and His eyes then got very large. That is all I remember–until about a minute later when my mind returned. Heart-Master Da Love-Ananda was no longer looking at me.

It took me a moment to piece to together what had just happened. First I remembered that I was a person, and then that l was sitting there in the Temple at The Mountain Of Attention, and then finally I remembered that I had asked Heart-Master Da Love-Ananda a question about whether the Buddha could have Enlightened Kashyapa by his glance alone.

Da Avabhasa’s Glance had plunged me instantaneously into samadhi. Sri Gurudev had answered my question by Granting His Enlightened Transmission directly! Unlike Kashyapa in the traditional story, I was not then prepared to make my Sat-Guru’s Transmission the basis of my moment to moment practice. But I had been clearly shown that Heart-Master Da’s Glance Transmits the Enlightened Disposition beyond any limitation of the body-mind.

Some years later, in the summer of 1980, I happened to mention Kashyapa once again to Heart-Master Da. Sri Gurudev and a few of His other devotees had gathered in a small room in Bright Behind Me, which at that time was Heart-Master Da’s Residence at the Mountain Of Attention. Some remark reminded me of the story, and I blurted out, ‘Master Da, that is like the time the Buddha Enlightened Kashyapa.’ Heart-Master Da Love-Ananda was looking at another part of the room. He turned His head toward me and, smiling looked me in the eyes. Again, a few moments later, when my mind returned, I realized that Sri Da Avabhasa’s Truth had been made directly Obvious to me by His Gaze alone.